Specialist contractors to the construction, equestrian, forestry, and agricultural industries.
Call us on 01242 620064 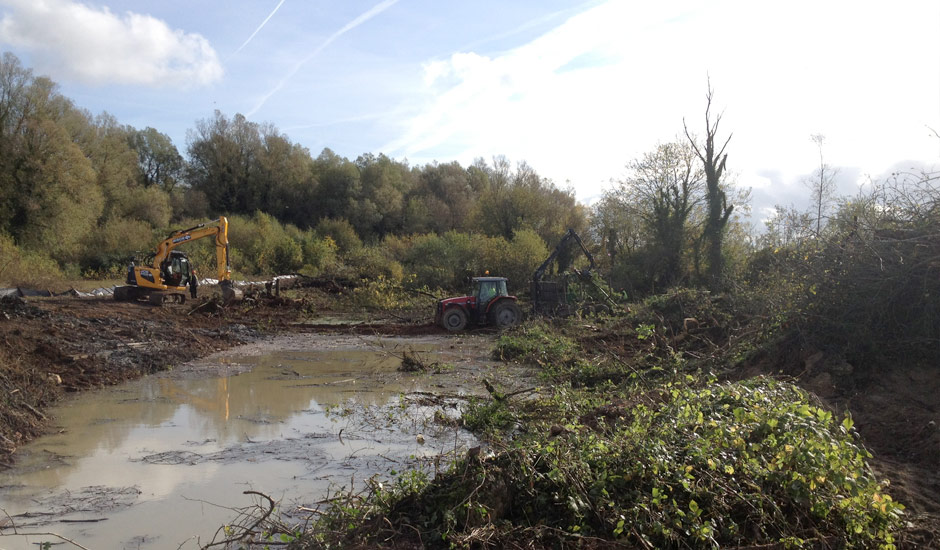 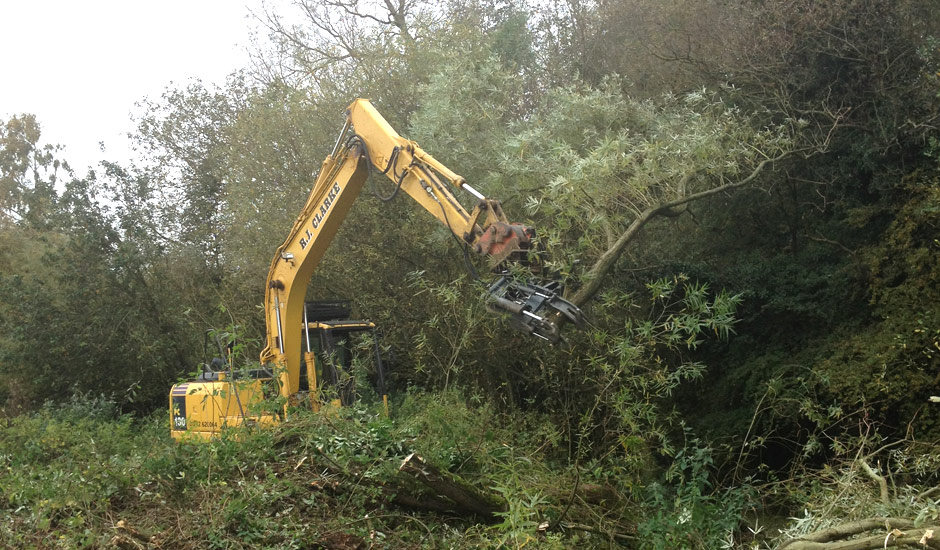 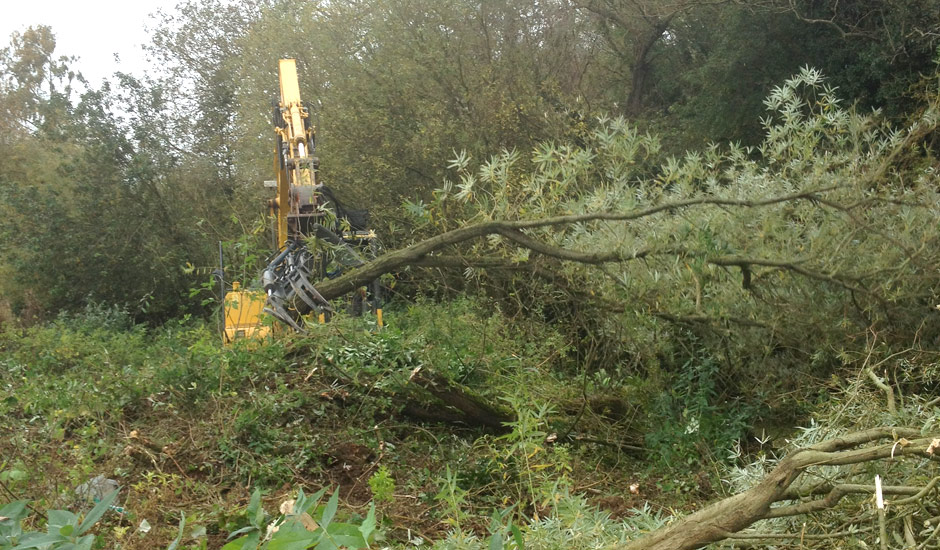 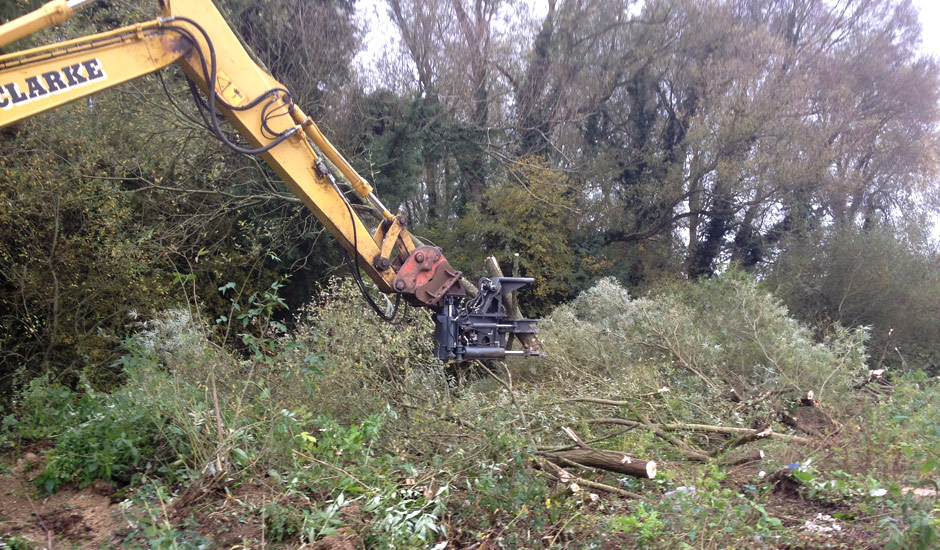 One of our most recent projects involved using the tree shear and thirteen tonne excavator for a national home builder in South Cerny. The area of concern was a very old and overgrown swale leading out to one of the many lakes in South Cerny, which was the perfect habitat for the great crested newt. The newt fencing surrounded the area and no machines could go in until the ecology teams were certain they had removed all reptiles into the safe zone.

The scope of works was for our excavator and tree shear to go in first, cut and stack timber ready for the tractor and timber crane to extract where it would later be chipped for biomass. Groundwork teams would follow behind doing destructive searching (Removing top two inches of soil).

The time line we were given originally to complete the project was two weeks, however with the approaching cold weather and the concern of the newts going into hibernation this was reduced to one week. This was concerning the house builders who said it could not be done in this time. However with the tree shear in action we completed the task safely on time and on budget, whilst working with ecologists and ground workers to clear the site.

After English Nature approved the work later that week, the builders were given the OK to resume construction.